In May 2021, San Francisco rolled out the Guaranteed Income for Artists pilot program to support 130 struggling San Francisco artists and organizations with six monthly payments of $1,000. Though the program’s stated mission is to support artists of color, the pilot’s execution seems to contradict its intent. Funds were distributed by an organization whose work is not BIPOC-led or expressly BIPOC-centered, rather than to organizations like QWOCMAP who invest directly into our community.

QWOCMAP Managing Director T. Kebo Drew discussed systematic inequity in arts funding in several interviews regarding the pilot program’s execution. Ultimately, she reimagines a world in which communities and artists of color have direct, equitable access to resources. Last summer’s protests and the “racial reckoning” of the U.S. will be incredibly short-lived unless BIPOC communities have access to the resources we need.

Since our founding, QWOCMAP has advocated for equitable and just allocation of resources to create racial equity in arts & culture. There is ample evidence that funds invested directly in Black, Native American, people of color-led (BIPOC) organizations directly build and strengthen our communities. This is important because it is LBTQ+ BIPOC who play key roles to document, define, inform, and shape social justice movements.

As Kebo said, “The way we [communities of color, Black, Native American, other folks of color] look at arts and culture is vastly different than how it’s perceived in mainstream society. We look at arts and culture as a part of who we are, as part of reclamation as part of recovery, as part of healing… I think the status quo got us here, the status quo won’t get us out of here. We need to look at different ways in which we can move forward.”

The San Francisco Chronicle
Conflict over S.F. and YBCA’s guaranteed income for artists

San Francisco’s ‘Guaranteed Income’ Pilot for Artists Starts Today. But Some Arts Groups are Unhappy with the Process So Far 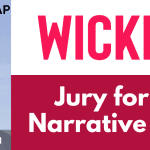 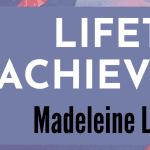