Sambal Belacan in San Francisco won the 1997 Award of Excellence from the San Jose Film & Video Commission’s Joey Awards and the 1998 National Educational Media Network’s Bronze Apple Award. It was featured at sold-out theaters on the international film festival circuit around the world for over two years and was broadcast on PBS to 2.5 million Bay Area viewers.

In 1998, the film was banned in Singapore due to its frank portrayal of nationality, race, and sexuality. In October 2020, the Singaporean government issued a one-time exception to their ban and allowed the Singapore International Film Festival to screen “Sambal Belacan” in San Francisco at their pre-festival program New Waves. The film was slapped with an R21 classification rating. Due to government regulations, it screened to an audience of just 33 people, including Madeleine Lim’s mother.

If you would like to watch or screen Sambal Belacan in San Francisco, please email distribution@qwocmap.org. 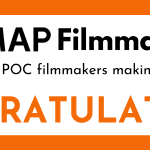 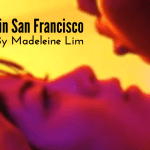