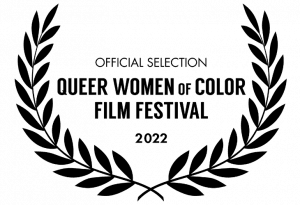 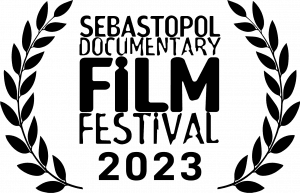 An Ioway and Wampanoag, African American and Cape Verdean, femme lesbian, Jewelle co-founded decades-old social justice organizations that are more relevant than ever. Expansive in her creative imagination, inclusive in her philanthropic leadership, and passionate in her lesbian of color feminist ethics, she is an unrelenting torchbearer for the transformative power of the artist as activist.

Author of the prescient 1991 novel The Gilda Stories, this double Lambda Literary Award winner shaped the emergence of Afro- and Indigenous futurisms through the journey of the titular lesbian vampire, from 1850s slavery era through 2050s climate catastrophe. Jewelle’s plays reclaim queer Black ancestors, writer James Baldwin in Waiting for Giovanni (2011) and singer Alberta Hunter in Leaving the Blues (2017), to reimagine history. Her poems in Still Water (2022) shape our understanding of Native American heritage, identity, and relationships.

The soundtrack draws on African American and Native American spiritual and musical traditions that resonate with grief and healing, and ring with love and laughter. Melanie DeMore, 3-time Grammy nominee, and Allegra Bandy, singer and composer, birth a soulful a cappella score. Additionally, the soundtrack features Toshi Reagon, musician and composer of the Parable of the Sower Octavia Butler opera; Ferron, singer-songwriter and Juno Award nominee; and Ulali, an Indigenous women’s vocal group and Juno Award nominee.

JEWELLE: A Just Vision is an intimate portrayal that drinks deeply from a life of art and activism, and anchors Jewelle’s personal struggles at the confluence of social movements, to gift humanity with fierce hope.

Lim’s films have received awards from the prestigious and highly competitive Paul Robeson Independent Media Fund, as well as the Frameline Film Completion Fund. She received the 1997 Award of Excellence from the San Jose Film & Video Commission’s Joey Awards and won the 1998 National Educational Media Network Bronze Apple Award. From 2000 to 2003, she was a California Arts Council Artist-in-Residence. The Featured Filmmaker at the 2006 APAture Asian American Arts Festival, Lim has four times been awarded the San Francisco Arts Commission Individual Artist Commission for her films. She received grants from the Community Story Fund from Cal Humanities and the San Francisco Foundation Bay Area Documentary Fund for her film, The Worlds of Bernice Bing (2013), which won the Audience Award at the 2013 Queer Women of Color Film Festival. She holds a BA in Cinema from San Francisco State University, where she was awarded Outstanding Cinema Student of the Year. Since 2004, she has been an Adjunct Professor in the Film/Media Studies Department at the University of San Francisco.