The 10th annual Queer Women of Color Film Festival celebrates a Decade of Love! with 32 new films fully captioned, and a Festival Focus, “Re-Generation.” From young girls budding with power, to the first bloom of desire, to the monumental strength of queer refugees, these films sow seeds of fearless resistance!

From a butch vocalist and a badass trucker blazing paths, to the first bloom of desire and a juicy femme discovering

From a butch vocalist and a badass trucker blazing paths, to the first bloom of desire and a juicy femme discovering her allure, the heady fragrance of these date films will enthrall you.

Singer, choir director and musician Melanie DeMore shows children and adults how to be Free In Song as she sows the seeds of cultural activism and history.

The adventurous Trucker Kitty shows off her driving skills while clearing new paths.

From the roots of struggle, My Beautiful Resistance grows vibrantly for an undocumented, queer, person of color.

Scandalous mischief sprouts in Big Mama’s House at the Earthlodge while she watches over the spiritual health of queer folks.

Fear proliferates during an Interrogation whena young woman is forced to reexamine the truth about herself.

Nestled among existential dilemmas and confessions, love blooms in The Cake Factory.

What could Possibly be the connection between wooded trails, sunny BART stops and floral sheets?

In the western wilderness of the mid-1800s, Dos Almas reveal their natures when worlds collide.

Sweet & Hot bounty from the farmer’s market proves that the way to a woman’s heart is through her stomach.

With her alluring Heft, a queer black woman in the East Bay draws a bevy of suitors and scoundrels.

Celebrate the 10th annual Queer Women of Color Film Festival at this opening night party, with DJs that mix powerful waves of music.

Celebrate the 10th annual Queer Women of Color Film Festival at this opening night party, with DJs that mix powerful waves of music.

Cheryl Dunye
A native of Liberia, Duyne received her BA from Temple University and her MFA from Rutgers University’s Mason Gross School of the Arts. Based in Oakland, she is an Assistant Professor in the Department of Cinema at San Francisco State University. Dunye has received numerous honors for her work in media arts. Her latest film Black Is Blue explores the struggles of a black transman. Her 5th feature film Mommy Is Coming, was produced in Berlin and continues to win awards as the first queer adult romantic comedy. The O.W.L.S. has been celebrated at film festivals since its release. Miramax’s My Baby’s Daddy was a box-office success. HBO Films’ Stranger Inside, garnered Dunye an Independent Spirit award nomination. The Watermelon Woman was awarded the Teddy Bear at the Berlin International Film Festival.

Madeleine Lim
At the age of 23, Lim escaped persecution by the Singapore government for her work as a young lesbian artist-activist. 10 years later, she created Sambal Belacan in San Francisco, a film that is still banned in Singapore for its exploration of race, sexuality and nationality. Her films have screened internationally at sold-out theaters, museums, universities, and broadcast on PBS. She has thrice been awarded an Individual Artist Commission from the SF Arts Commission, won prestigious awards like the Paul Robeson Independent Media Fund, and countless community honors. She received her BA from San Francisco State University, where she was awarded Outstanding Cinema Student of the Year. Lim is an Adjunct Professor in the Media Studies Department at the University of San Francisco. Since 2000, she has executive produced more than 600 films. Her latest film, The Worlds of Bernice Bing is garnering international praise.

From Black farmers and elders tilling tradition from beans, to preserving Indigenous watershed culture in Napa Valley, to rural Colombian women harvesting cassava out of scorching memories of war, these lush documentaries regenerate our legacies of growing our own food and sustaining our lands.

Food and survival are carved into Malaysian Memories during the WWII Japanese occupation of Southeast Asia.

Carried by the voices of women, The Sky is the Roof is an Indigenous perspective of ecology.

The erasure of communities creates a Push/Pull between the “American Dream” and the fragments of migration, rich lands, nourishing foods and healthy bodies.

From lies propagated by Catholicism, to churches that preach love but condemn LGBTQ people, to a beloved African-American community balancing

From lies propagated by Catholicism, to churches that preach love but condemn LGBTQ people, to a beloved African-American community balancing Civil Rights and gay rights, these poignant films excavate the roots of homophobia and graft healing onto our spirits.

Through the teachings of slain priest Romero, a Salvadoran lesbian learns that justice begins with her in La Justicia Nace En Mi.

An African American elderunearths resilience when she reveals What’s It Like? for her enslaved grandmother in the bleak landscape of race and sexuality.

Adán y Eva Vinieron a Mi intertwines the burgeoning hope of falling in love with both men and women with the constant threat of homophobic violence in a society that doesn’t allow us to love.

An African-American community grapples with Civil Rights, LGBTQ rights and same-sex marriage in The New Black. 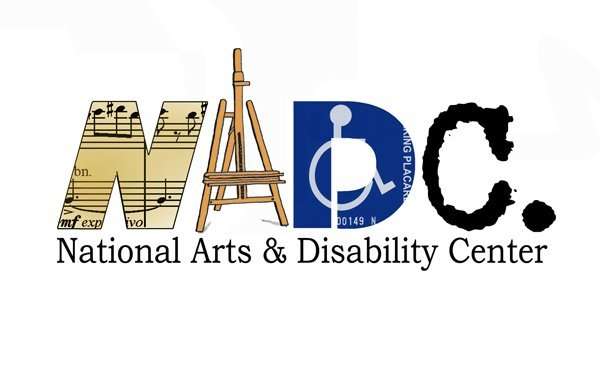